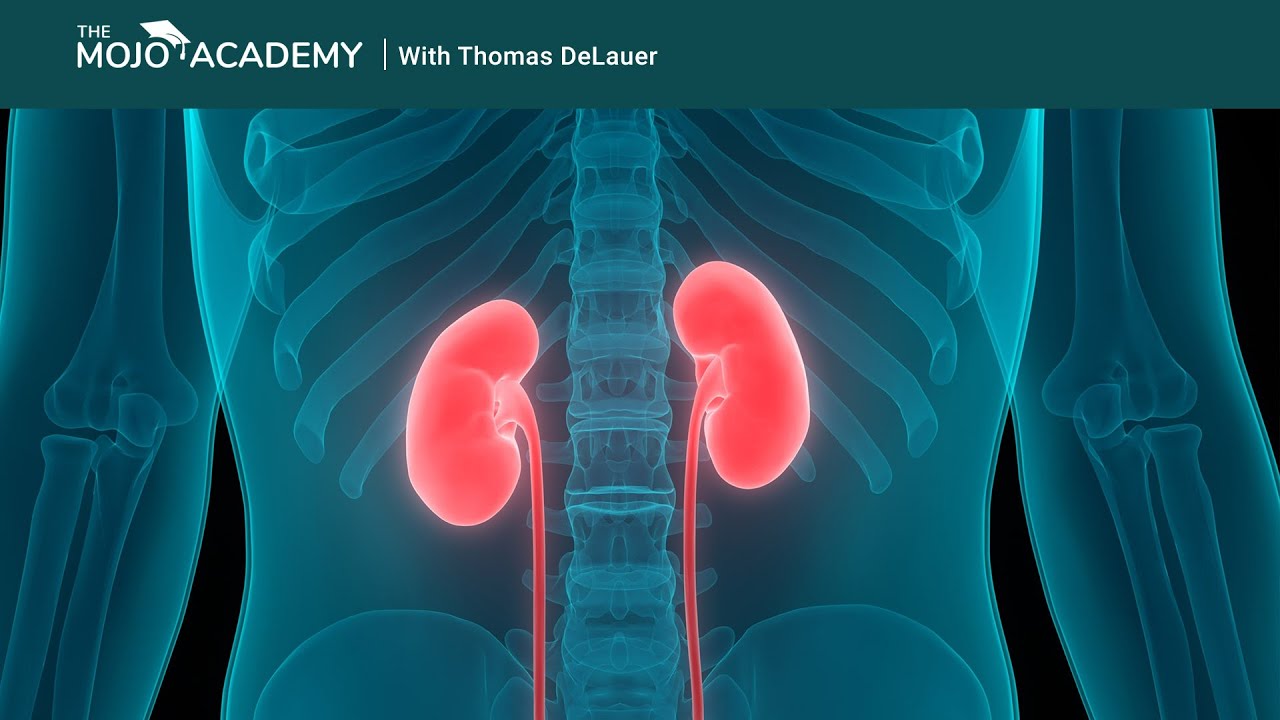 There’s a kidney disease out there that plagues a lot of people, it’s called polycystic kidney disease. And what it is, is where fluid-filled cysts form in our kidneys and they grow until they ultimately just prohibit the kidney from functioning in its normal form. So basically it’s this progressive illness that has these cysts that continue to grow until you end up on dialysis. And up until recently, it was thought to be completely irreversible, it was thought to be just this debilitating kidney disease that leads people on a life of despair and a life of dialysis if they even want to have any normal function. So truly just terrible, terrible disease. Now what happens is these fluid-filled cysts ultimately end up interfering with normal kidney function. They start to envelop most of the kidney to the point where the actual normal, functioning part of the kidney becomes less and less and less and less. So again, that’s why dialysis becomes important. But when we start understanding what’s happening there and we start looking at some modern science we realize that there could be a way around it. So we’re going to discuss it a little bit more detail and understand how the ketogenic diet affects polycystic kidney disease. I’m Thomas DeLaur with Keto-Mojo, let’s go ahead and let’s dive into the science.

You see, during normal filtration of the kidneys what happens is, waste concentrates into these crystals and these crystals ultimately end up getting excreted out through the kidneys, basically through what are called tubules. This is a total normal thing, we always are going to have some waste byproduct. But what ends up happening in people that are genetically predisposed to polycystic kidney disease is these crystals still get excreted normally but what happens is the process of excreting them sort of gets stuck. Now here’s what I mean by that, here’s what happens. When we have these crystals and they get flushed out, there’s a dilation that occurs of the kidney tubules. So the kidney tubules dilate in order to flush the crystals out. Well if that dilation occurs, and it doesn’t retract after dilation that is how these cysts can form. So it turns out, the people that are genetically predisposed to polycystic kidney disease, don’t have that recoil effect. So they have the dilation of the tubules but it stays stretched out, it stays dilated. This causes sort of an over shooting of fluid, an over shooting in general that causes a cyst to form. So you think you have the tubule opening up and dilating where it’s triggering more fluid, well it triggers a cyst to form that is full of fluid. And in time, it grows and grows and grows.

The Role of Glucose

Now obviously this is a problem but when we start looking at the science and we look at a study that was published in the journal, Cell Metabolism, we start understanding things a little bit better. We start understanding that there could be a fix. You see, up until this study, we really thought that fasting was the only way to improve PKD. And they thought that fasting improved PKD simply because, well you weren’t bringing food in, it wasn’t able to grow the little, the sac, it wasn’t able to grow the cyst. Well upon further investigation they found that, wow, it actually had something to do with glucose. Okay, so it turns out glucose was fueling the fluid in the sac. The more glucose that was coming in, the more fluid that would go into the sac. So it still went in line with the theory, that food caused the cyst to grow and the only way to prevent them was to fast.

The Role of Ketones

However, in this same study, they found that oral administration or beta hydroxybutyrate, the primary ketone body inhibited the growth of the cysts. In fact, it actually made them smaller. In fact, just after five weeks of oral administration of beta hydroxybutyrate, these sacs had shrunk down in size so much that they were indistinguishable from regular kidney cells. So the proof here is that these little sacs, these little sacs that form in the kidneys are metabolically inflexible. They can only grow and thrive on glucose. So if we make ketones the primary fuel source, then these little suckers can’t live with it. They can’t be fueled off of ketones, they can’t grow off of ketones to the point where they eventually just wither away and just go back to normal. Now if you’re genetically predisposed to this, that means when you do go off of the ketogenic diet, you could be at risk for them again, but at least you know that there is a way for you to live that isn’t just being on dialysis.

What is Nephrology and Sirtuin?

Now there’s some other interesting stuff that has to do with kidneys in the ketogenic diet. So I want to touch on that for just a moment. The Journal of Kidney International took a look at something called nephrology. Which is basically where kidney cells start to die. And they found that through the ketogenic diet there was an increase in what is called SIRT-1 or Sirtuins. Sirtuins are these anti-aging proteins that have really powerful effects on all different parts of the body. But in this case, we’re talking about the kidneys. So when we fast or when we’re in ketosis and we have a presence of ketones, we have an increase in what is called AMPK, AMP protein kinase. And what this does, is it triggers the body to start using its own stored energy for fuel.

Now this is all great and it’s great for fat loss and all. But in that process, AMPK also triggers a bunch of anti-aging processes as well. And SIRT-1 being one of them. Now what SIRT-1 does, is it turns off these genes that promote aging. You see whenever cells or anything like that are under stress, acetyl groups get added to proteins. And I know this is complex, so I’ll make some sense of it. Basically, these acetyl groups get added to proteins as a response to stress. These acetyl groups trigger an aging process. They sort of get tagged. Well then what happens, is when ketones are present and you create an elevation of these SIRT-1’s these SIRT-1’s make it so that the acetyl groups get removed. So it basically removes the tag that says a protein or a cell is getting old. So pretty neat. It basically makes it so we don’t have this aging process that occurs.

Effect of Ketones on our Kidneys

Well where is this come into place with the kidneys? Well the kidneys cells will obviously get tagged with aging and stress very easily depending on how toxic our lifestyle has been. So we have sort of double whammy positive effect here. The ketones not only can reduce the risk of disease and make it so our kidneys live longer but they can also potentially reverse polycystic kidney disease. Now this is just the tip of the iceberg when it comes down to the research behind ketones and the kidneys. And it all comes down to keeping elevated levels of ketones. And when it comes down to keeping your ketones high, the only true way that you can know is by measuring. And that’s exactly where the Keto-Mojo meter comes in. and making sure that you’re constantly where you want to be. Because we are all different, we all have our own bio individuality which shows that one person might have different ketone levels than another person eating the exact same diet. So you need to find what works for you so that you can control any disease states but also make yourself as healthy and happy as possible. As always, leave the guesswork out of the equation, leave that measuring to the meter and I’ll see you in the next Keto-Mojo vid.

How Does the Ketogenic Diet Affect Your Kidneys? See, all too often, we only hear the negative stuff. We hear people talking about how the...